with Joe Culley and Mike Hovancsek

-a unique fusion of different cultures and styles

As there is currently a high rate of transmission of the COVID 19 virus in our area, we are asking our audience to wear masks for this performance.  Thank you for your cooperation.

He began to learn violin from the age of 9 years under the tutelage of proclaimed violinist Prof. Robin Ghosh. From the beginning he proved his competency. Rupam started performing from a tender age of 14.Rupam was awarded by Calcutta University as a young artist in the year1981-82. His days as a student in Rabindra Bharati University brought him close to renowned musicians like Smt. Shishirkona Dhar Chowdhury,the then Dean of Fine Arts Faculty, & Ustad Dhyanesh Khan. Hismusical journey brought him close to the living legend, world renowned Sarod maestro Ustad Amjad Ali Khan. From 1993 to till date he devoted his entire soul to Ustadjee, his Guru. And presently he is also under the guidance of Dr. Pradip Kumar Chakraborty, one of the senior most diciples of Bharatratna Pandit Ravi Shankar. His performances were broadcasted many times from All India Radio New Delhi & Doordarshan His first performance abroad was in U.K in1997. From then till date he has been giving regular performances in Europe & in U.S.A. His performances in U.S.A over the years earned him fame & respect. The mastery in his performances left his audiences spellbound & mesmerized. His popularity soon wade dacross the Atlantic and reached the shores of Europe, once again, from the continent where he gave his first performance abroad.

Now it was France, the country which always had a strong bond & admiration for Indian Culture. His performances was followed by a huge fan following. Somuch was the impact that the artist was convinced to set up workshops & lecture demonstration in various colleges across France. From there he traveled to other parts of Europe. He was rightly invited toperform at the Indian Embassy in Berlin. His performances inCopenhagen, Denmark, earned admiration of the Indian Ambassador there. The Artist , however finds his heart in the city As a violinteacher he still finds his city student’s profound & growing interest in Indian Classical music. 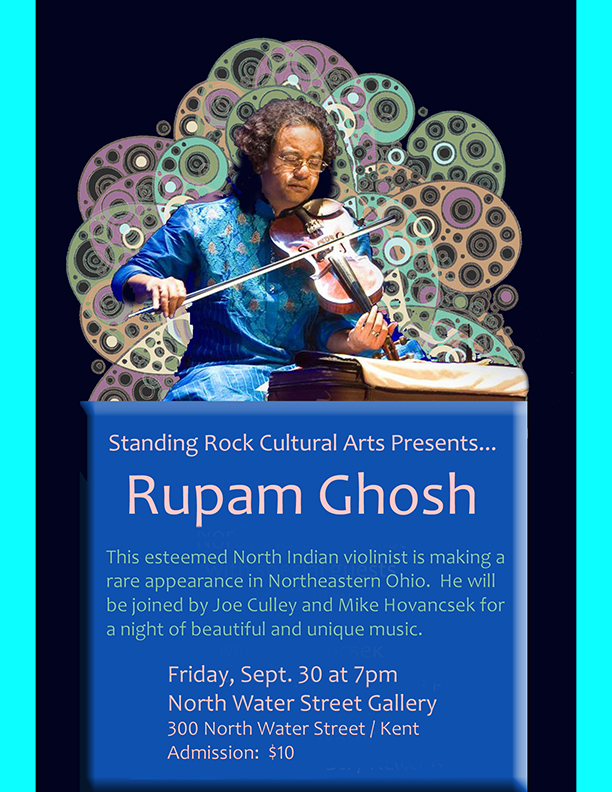