Greetings and welcome to the home of Standing Rock Cultural Arts.

Gary Lockwood and Jeff Ingram founded Standing Rock Cultural Arts in Jeff’s dining room after many hours spent talking about what is important to them. Standing Rock Cultural Arts is the combination of Gary and Jeff’s vision for a stronger and more unified community in which they live. Our vision is providing our community with well rounded cultural arts programming to supplement our City Schools and Kent State University. Standing Rock Cultural Arts offers workshops, Youth Theater, Adult Theater, Multimedia Performance Art, Spoken Word Programs, a community art gallery, fund raising benefits, and consulting. The vision includes a Cultural Arts Center in down town Kent, Ohio. A Place to give area Artists a place to show their art, teach, perform, produce, and direct in their own community. How many talented people do we lose because we have no place for them to follow their dreams? We educate them in our City Schools and at Kent State University then we lose them to other cities that do have Cultural Arts as part of their community.

Standing Rock Cultural Arts is a 501 (c) 3 non-profit organization and all donations are TAX DEDUCTIBLE so please give freely to support this type of programming. Let’s make this vision a reality in our community.

To Build Community Through The Arts and arts access for all.

Our vision is to nourish the spirit of creativity by providing art and educational activities that allow children and the general public to explore the arts. To provide opportunities for artists to bring their work to the community through exhibitions, poetry readings, workshops, performances, festivals, public art projects and special events.

Equal Access to the Arts regardless of socioeconomic status, without regard to race, religion, gender, orientation or disability. Art Education & exposure to Cultural Arts for all Sustainable and Eco-friendly business practices

Board
Current Board (December 2019)

How it All Started 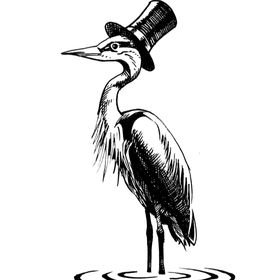 Standing Rock Cultural Arts - How it works from WTM on Vimeo.

Sec.1 The name of this organization shall be Standing Rock Cultural Arts.

1.  To build community through the arts.

2.  To nourish the spirit of creativity by providing events and activities which allow children and the public to explore the arts.

3.  To provide a forum for artists to bring their work to the public through exhibitions, readings, performances, workshops and special events.

4.  To evaluate, plan and propose new programs that will make this a beautiful and efficient region in which the arts can thrive.

5.  To coordinate the projects of local organizations with similar goals.

A majority of the members of the Board of Directors shall constitute a quorum.

Sec.1.  Enumeration and Election of Officers.

The Officers of the Standing Rock Cultural Arts shall be a President,Vice President, Secretary, and a Treasurer, who shall be elected for a term of one year by the general membership at an annual meeting and take office immediately.

Sec.2   The President shall act as Chairman of the Board.

The Chairman shall preside at all meetings of the organization and ofthe Board of Directors.  He/She, along with the Treasurer and Executive Director will be able to sign or endorse checks.  He/She will be the ex officio member of all committees except the nominating committee.  He/She shall have the usual powers of supervision and management as may pertain to the office of Chairman and perform such other duties as may be designated by the Board of Directors.

The Secretary shall keep the minutes of all general meetings and of all meetings of the Board of Directors and shall perform such other functions as may be incident to this office.

The Treasurer shall be the custodian of the financial accounts of the organization.  The Treasurer will create two financial reports yearly regarding income and expenses.  He/She will maintain records of these reports.  He/She will coordinate with an account to submit the IRS990 tax form at the end of the fiscal year.

The fiscal year of the Standing Rock Cultural Arts shall commence on the first day of January of each year.

There shall be six meetings of the Board each year, planned as follows: all directors meet every other month beginning in January;all officers/executive committee members meet every month. Special meetings may be called at the request of the President or any two Directors at a date, time, and place to be determined by the conveners.

An annual meeting of the Board of Directors shall be held the second Sunday of January unless otherwise scheduled by the Board. Officers will be elected and new Board members appointed in November so that the newly appointed begin their term in January when other business as may properly come before it is discussed.

A majority of existing members shall constitute a quorum at all meetings of Standing Rock Cultural Arts.

Nominations and Elections of Board of Directors

Nominations for Standing Rock Board of Directors shall be made throughout the year and submitted and accepted until the June meeting. Nominations will be considered and voted on at the following meeting.

Sec.2.   Elections.  The election shall be by voice vote at the end of the year meeting in November.  A majority vote constitutes an election.   Absentee or proxy voting shall not be permitted.

Plans for action shall be directed to those activities and projects based on the purpose as stated in Article II.   Projects may be proposed by the Executive Director, The Artistic Director, or the Board of Directors.  Normally, one month's notice must be given to the Board of Directors before the meeting at which time a proposal is to be voted upon.  The Board shall oversee committee work and implementation of such plans for action.

Sec.1. Governance Committees.
The President may designate one or more committees, each of which will consist of one or more Directors and such additional Directors or other persons as the Board of Directors determines appropriate. There shall be at least two (2) standing committees as follows:

(1) Finance Committee. Shall consist of the President (ex-officio),Treasurer (chair),
and up to two additional members as nominated by the President and approved by
the Board of Directors.

Except for the power to amend the Articles of Incorporation and bylaws, the
Finance Committee shall have all the powers and authority of the Board of
Directors in the intervals between meetings of the full Board of Directors and is
subject to the direction and control of the full Board. This Committee is also
responsible for developing and reviewing fiscal procedures,fundraising plans,
and annual budget with Staff and other Directors.

(2) Communications and Programming Committee. Shall consist of the President (ex-
officio), elected Chair from the Board, and up to two additional members as
nominated by the President and approved by the Board of Directors. It is charged
with:

a.primary responsibility for publicity and visibility in the community;

b.advising staff in the development and execution of programming.

These bylaws may be amended by two thirds vote of the board. Amendments must be submitted one month prior to the vote.

Roberts’s rule of order shall be the parliamentary authority.

Effective dates and adoption of bylaws

Sec.1.   All sections of these by-laws shall take effect immediately upon adoption by a majority of the board at the end of the year annual meeting.

Sec.1.   In the event of dissolution of the corporation, assets will be distributed to local charitable organizations as seen fit by the board of directors, after all financial obligations are met.