WHO: STANDING ROCK CULTURAL ARTS AND THE KENT STAGE

TICKETS AVAILABLE AT THE DOOR OR ONLINE @ WWW.KENTSTAGE.ORG

ABOUT THE FEATURED ARTIST, ROBIN FIONA

Robin Fiona is an independent filmmaker and visual artist based in Cleveland,OH. Working primarily in traditional animation, Robin has been featured at the Ohio Independent Film Festival and CINE-EX Experimental and Animated Short Film Festival, as well as Ingenuity Cleveland and Rooms to Let CLE.  Her film “Meteor” received the audience choice award at the 2022 Standing Rock International Shorts Festival.

Robin will screen “Meteor” as well as new work and be available for a Q&A after the screening.

Thank you for supporting the Arts! 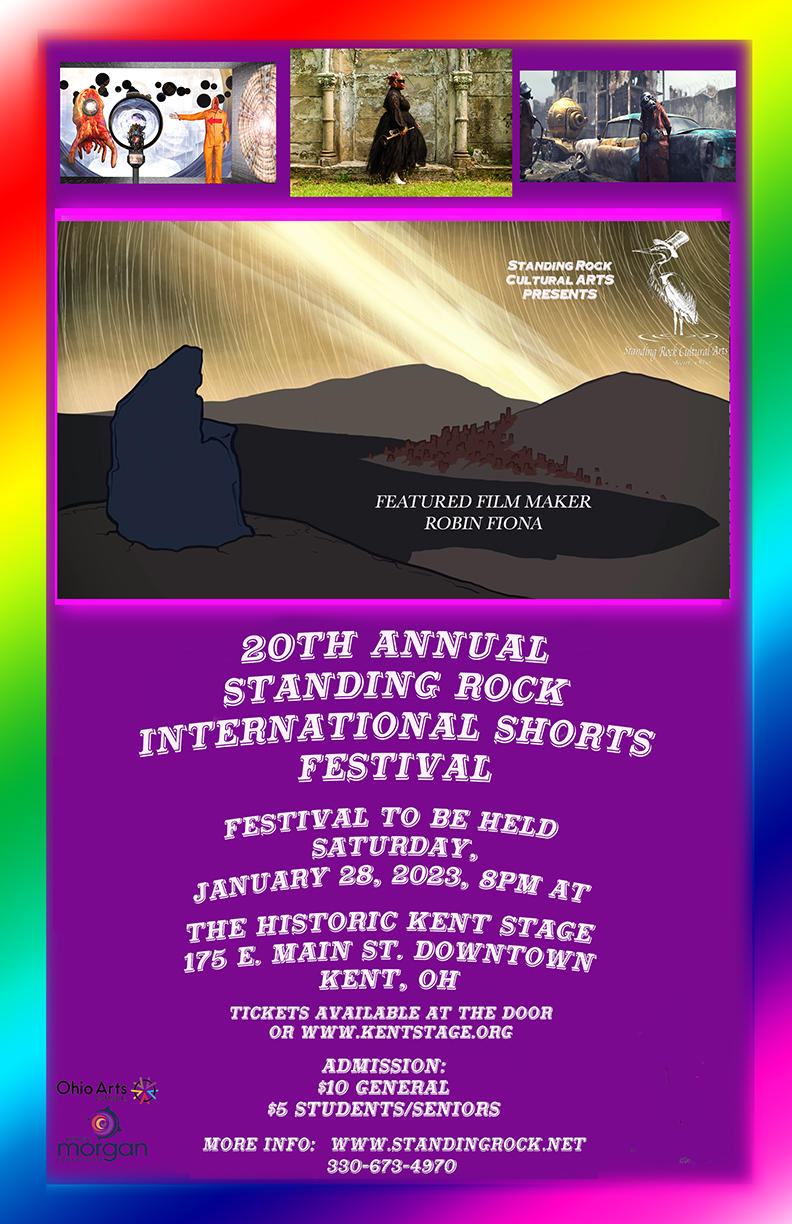